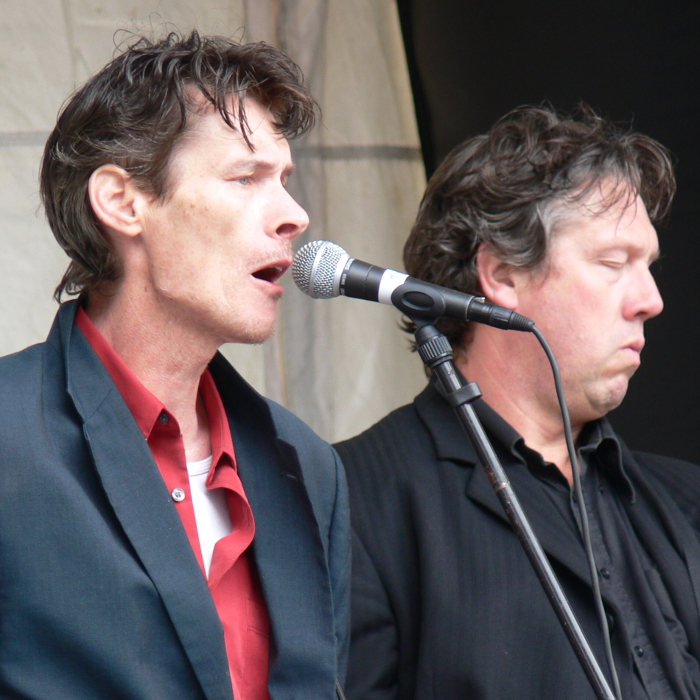 It’s Party on the Hill weekend in Cotham, Bristol in aid of the Bristol Children’s Hospital. Here are a few shots of King of Hearts and Mystery Slang on stage. 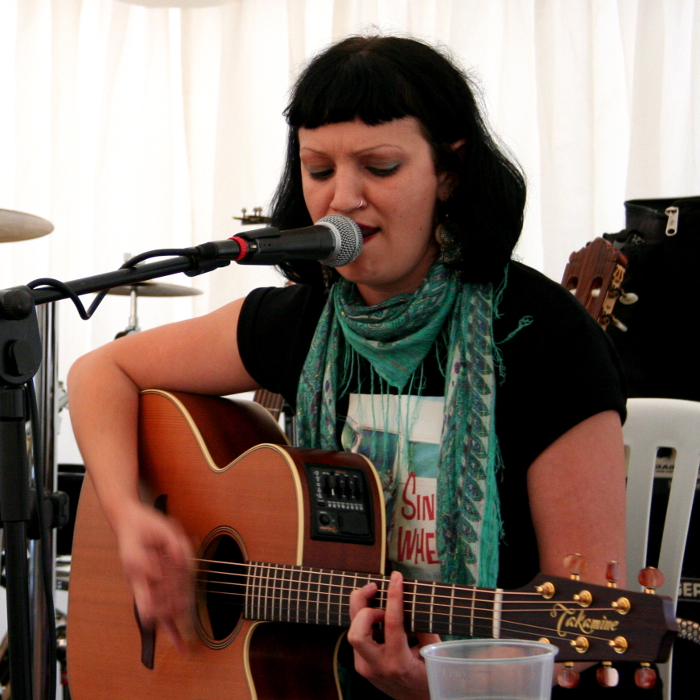 Many thanks to Tiphaine and Jolie for arranging a wonderful send-off for Tanja. After a beautiful ceremony at Canford Crematorium, we all celebrated Tanja’s life at one of her favourite pubs, The Duke of York in St. Werburghs. From tasteful burlesque by Tuesday Laveau to heavy prog rock by Gonga and all manner of entertainment in between, Tanja’s friends gave her a party she would have approved of. 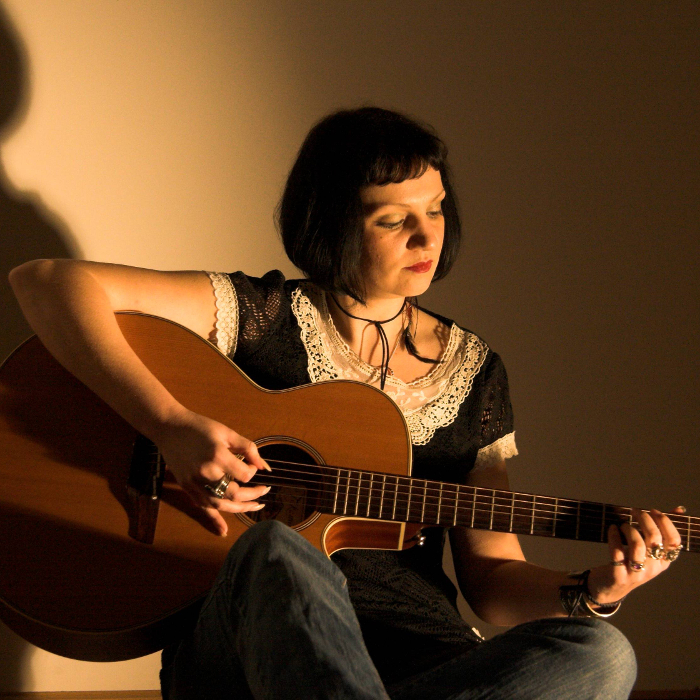 It is with deep sadness that we announce the untimely death of our artist and friend, Tanja Rice. After battling with cancer with great fortitude for some months, she was finally overwhelmed Thursday night, comforted by her father Ken and partner Steve.

While we will all miss her, Tanja leaves behind her the legacy of a beautiful 2 year old daughter, her music and many memories of better days.

We send our heartfelt condolences to her family, partner and friends.

For those of you who can make it, Tanja’s funeral is 9 a.m. Friday (29th July) at Canford Crematorium in Bristol. She would prefer people not to wear black if possible. Then at 11 a.m. there is a celebration of her life at the Duke of York, Jubilee Rd, St.Werburghs. I understand there will be a p.a. so bring down an instrument if you would like to play a tune for Tanja. 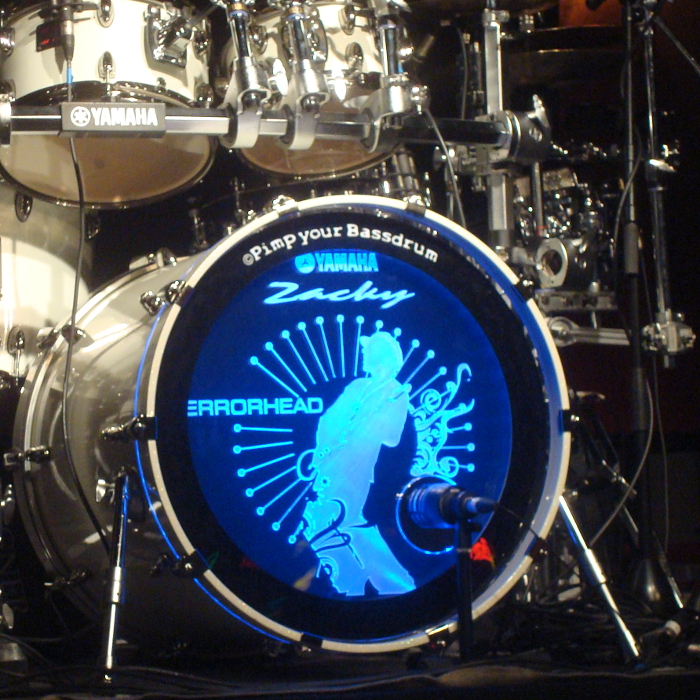 Errorhead at the Music Hall, Worpswede

Back in Worpswede and two shows to see this weekend; first, on Friday night, the Adjiri Odametey Band from Ghana entertained the audience with some very laid-back African sounds which went down very well.

Saturday night was Errorhead – a German band who have a sound all of their own. Blues, rock, pop, jazz, funk, easy listening – no pigeon-hole for them. We were fortunate to be able to spend a couple of hours with them after the show in the Green Room, talking about the music industry in general and their hopes and aspirations in particular. Chris and Zacky, being drummers, talked about drumming (we think).

Their extensive and informative website is well worth a visit – particularly for the guitar lovers as Marcus demonstrates a lot of his techniques, and believe me, he has a very unique sound. 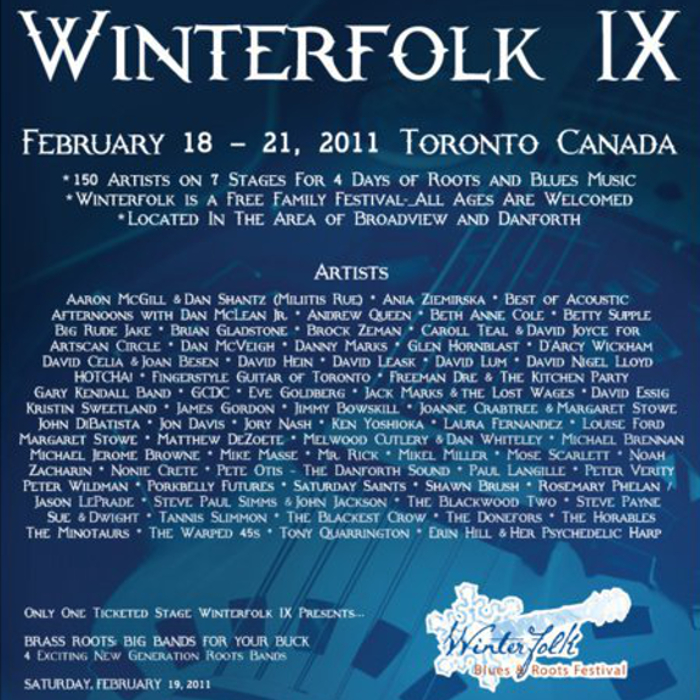 Congratulations to Steve for his recent appearance at the Winterfolk IX festival in Toronto Canada. 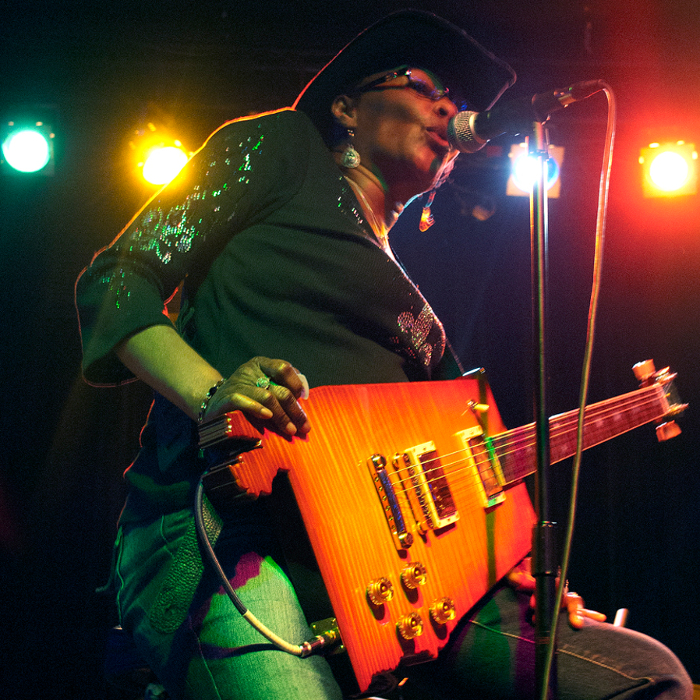 Shar Baby and the Bama Jama

Here’s something a little unusual for all you lovers of guitars out there – the Bama Jama – as played by Shar-Baby Newport at Little Willie’s, Tuscaloosa, Alabama last month. You’ll notice that the guitar body has been cut to the shape of the state of Alabama… 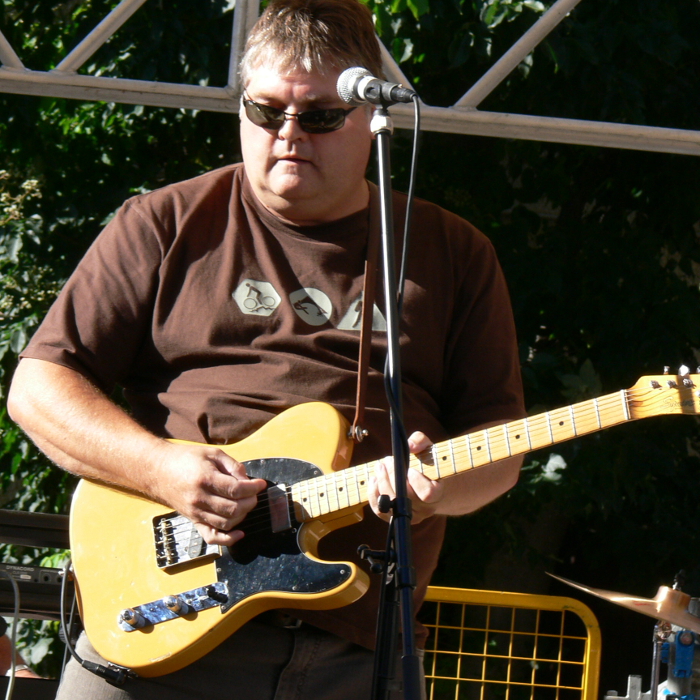 It’s Party on the Hill time in Cotham, Bristol in aid of the Bristol Children’s Hospital. Now celebrating its 10th year, three of Bristol’s finest bands, (Loose Change, The Harrisons and Gee Baby, I Love You) turn out to entertain the crowds. And speaking of Loose Change, let’s hope people brought pockets full of it for the collecting buckets! 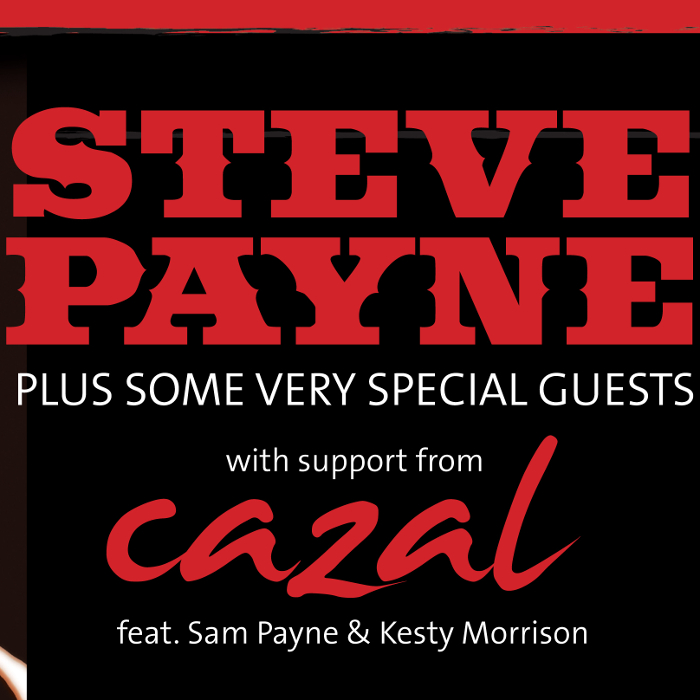 Fund Raiser at The Prom

Tonight at The Prom, Bristol: Woolly Bullies / Candy Run in a fund-raising event for cancer treatment. These guys are giving up their Saturday night (and their fee) for the cause – please come along if you can to support them and donate to the fund.

Footnote:
Thought you’d like to know that the fundraising event at the weekend went down a storm – Cazal were a great opening act and then the Steve Payne Band (as we will henceforth call them) played a stunner. With Tom Eveson alternating with Pete Gage on keyboards, ‘Chicago’ Mike Wiedrich taking an occasional turn on the drum stool and James Slater (Appalachia) contributing with some harmonica, over £1000 was raised during the evening. Not bad considering it was Glastonbury weekend too.

Many thanks to all who made the effort to come down to The Prom and show their support for Martin Moss. 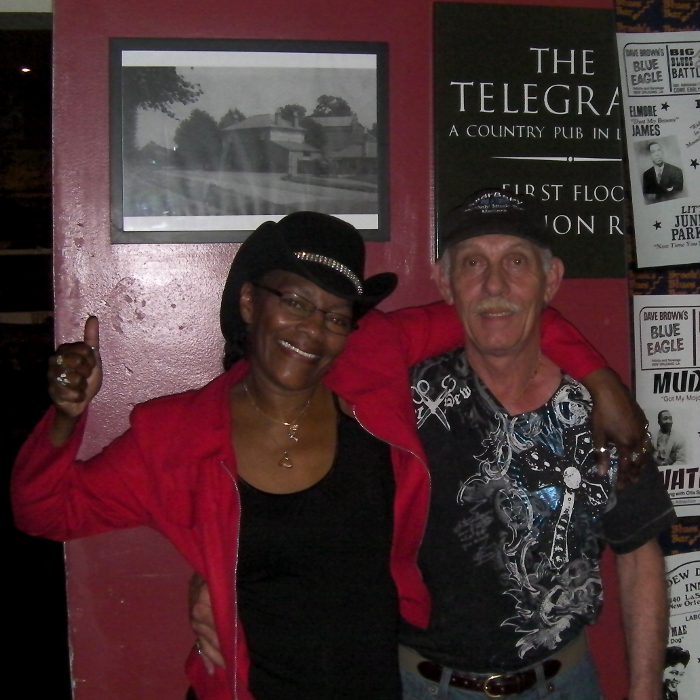 Shar Baby in the UK - end of tour

Shar-Baby Newport returns to the U.S. today after a successful first tour of the U.K. In the last few weeks she and her husband Jim have met, and I quote, “a whole lotta wonderful people out there” and they have both asked us to thank everybody for making them feel so welcome and for listening to Shar’s music.

Everyone at Digitdoc Records would like to thank Shar for coming over and treating us to some real blues. It has also been our great pleasure and privilege to know Shar and Jim on a personal basis – two of the nicest, most honest people we would ever care to meet.

Many thanks to all the guest musicians who joined Shar on stage, including:

A very special thanks to John Turner who accompanied Shar at The Marina Hotel, Dartmouth, and great respect to Maggie Thomas for asking Shar to come up and play during her set.

A very special thanks also to Tony Stephenson for his recording and subsequent mixing of several numbers from The Lansdown and The Coronation Tap, Bristol.

And last but not least, huge thanks go to our very own Steve Payne for accompanying Shar throughout the majority of the tour.

We are all looking forward to 2011 when we hope Shar will return to the U.K. for another tour. We’ll keep you all posted on that one. In the meantime, here are a few memories of her visit…